I attended the very informative 10th Annual Developmental Disabilities Public Policy Conference sponsored by The Arc of California and United Cerebral Palsy. The conference was held March 26 through March 28, 2017, in Sacramento, California. The first agenda item was a discussion from the Lanterman Coalition 2017 on their policy issues, including rates for service providers, and possible changes which would be brought about by repeal of the Affordable Care Act. Peter Berns, CEO of The Arc of the United States, discussed what is at stake and where things stand with the new Congress and the new Administration. Thomas Coleman, the Legal Director of the Spectrum Institute, provided substantial information on supported decision-making, which provides more independence for people with disabilities. John Ariale, the principal drafter of the ABLE Act, discussed its current provisions and also discussed possible future legislation involving ABLE. Christina Elliott, Executive Director of the CalABLE Board, discussed the proposed ABLE program in California. Scott Graves, Director of Research, California Budget & Policy Center, spoke on the current California budget and programs for persons with disabilities. A presentation was made on In-Home Supportive Services (IHSS) and Federal and State activities that may impact IHSS consumers and providers. A final program on employment issues for individuals with intellectual and developmental disabilities was presented by Joe Xavier, Director of the Department of Rehabilitation, and several others.

The program also included an ABLE Act intensive training session for attorneys and private fiduciaries. This special breakout session explored the ABLE Act and housing, the ABLE Act and divorce, and the ABLE Act and structured settlements.  I was a presenter in this session. The entire program provided an excellent review of public policy issues impacting persons with disabilities.

Telephone consultations are available.
Call 530.823.2010 to schedule your appointment. 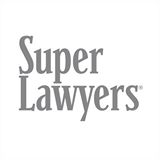